Decmil Australia are a QGC contractor in the Surat Basin QLD. They predominately perform operations, maintenance and minor works to the existing CSG plant and facilities. Decmil have been operating in the region for the last seven years under a sub-standard EBA.

Over the last two years a concerted effort by the ETU and AMWU has been put in to Unionise the company with the aim of delivering a decent EBA once their existing agreement expired. The company grew slowly in the early years when they first started before winning more and more work. With the increase in labour came an increase in union activism. Good long-term ETU members were picking up work with Decmil and by the time we were ready to bargain, we had achieved almost 100% union density.

Due to the strong union membership we had 6 ETU bargaining representatives at the table. With the backing of the membership we were able to achieve some huge wins for workers. Negotiations took just over ten months. Surprisingly Decmil management were willing to work with us and were not seeking any major claims themselves.  However, the company put out a document to test the waters which was well below where we wanted to be. The ETU and AMWU ran a successful NO vote campaign, with 91% NO, 9% YES, an outstanding result which sent a clear message. 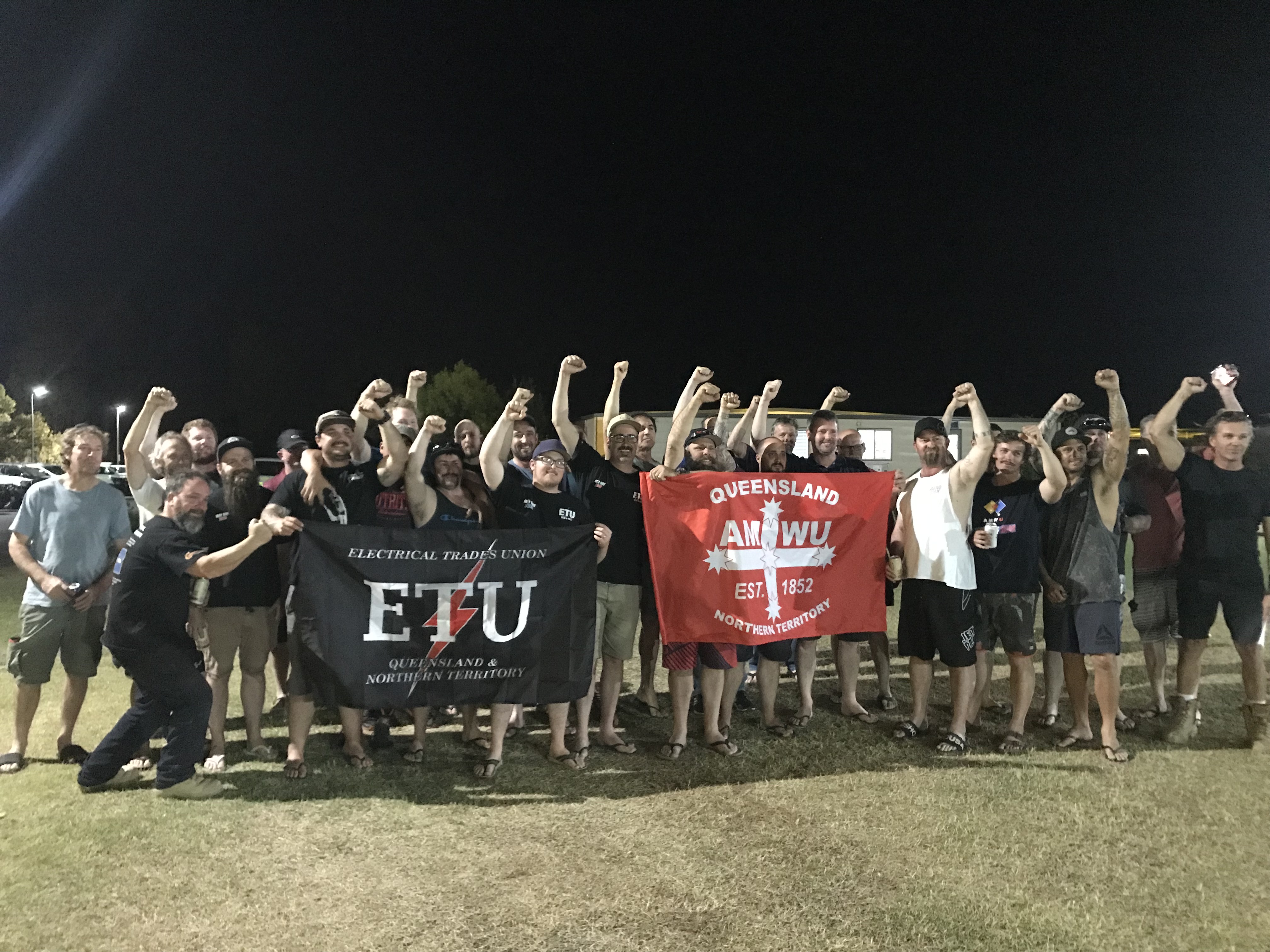 With the looming threat of Protected Industrial Action and a strong united membership along with a committed and persistent negotiating team the company eventually made several important concessions and an improved agreement was put to a ballot on 4th April returning an 85% YES, 15% NO, vote!! A massive victory.

The ETU won the following new and improved conditions in this EBA;

A big shout out needs to go to the ETU bargaining reps, Neno Mihov, Jake Munro, Bruce Natusch, Will Easton, Tim Stigner and Russell Carpenter who acted professionally and represented the interests of members throughout the negotiations. We worked side-by-side with the AMWU and both unions locked in together from the start and delivered for all members.

Despite the uncertain times we face with the COVID-19 pandemic, we now have a decent EBA to work off in the future. The aim is to now try and improve the conditions for all contractors in the Surat Basin.

Unions support their members through the bushfire crisis

The ETU was proud to support long time member Matthew Kidson with assistance from our bushfire...
Read More >

Huge win for hundreds of ETU members in WA

ECM, one of the largest electrical contracting companies in WA went bankrupt in 2019, leaving 400...
Read More >

Construction Unions Stand Up for workers’ rights during COVID-19

Unions had a win this month standing up to employer groups who tried to use the...
Read More >