Finalists announced for the 2021 ETU Apprentice of the Year

Please join us in congratulating our six finalists for the 2021 ETU Apprentice of the Year competition!

We received applications from members all over Australia, and were so impressed by the calibre and talent of our entrants. This year we will also have prizes for first second and third in the competition.

“This is the fourth time we have held the ETU National Apprentice of the Year competition and year after year we continue to see outstanding applications coming through from our members. All applicants should be congratulated on their outstanding contributions to their chosen trade and to our proud Union,” said ETU national apprenticeship officer Mark Burgess.

Finalists were Amy-Louise from WA, Daniel from WA, Alison from NSW, Jason from QLD, Kate from VIC and Samantha from NSW.

Finalists were chosen by an independent judging panel based on their answers to specific selection criteria in their applications in the areas of:

Huge thanks to our independent judging panel:

The winners will be announced later this year, so stay tuned! 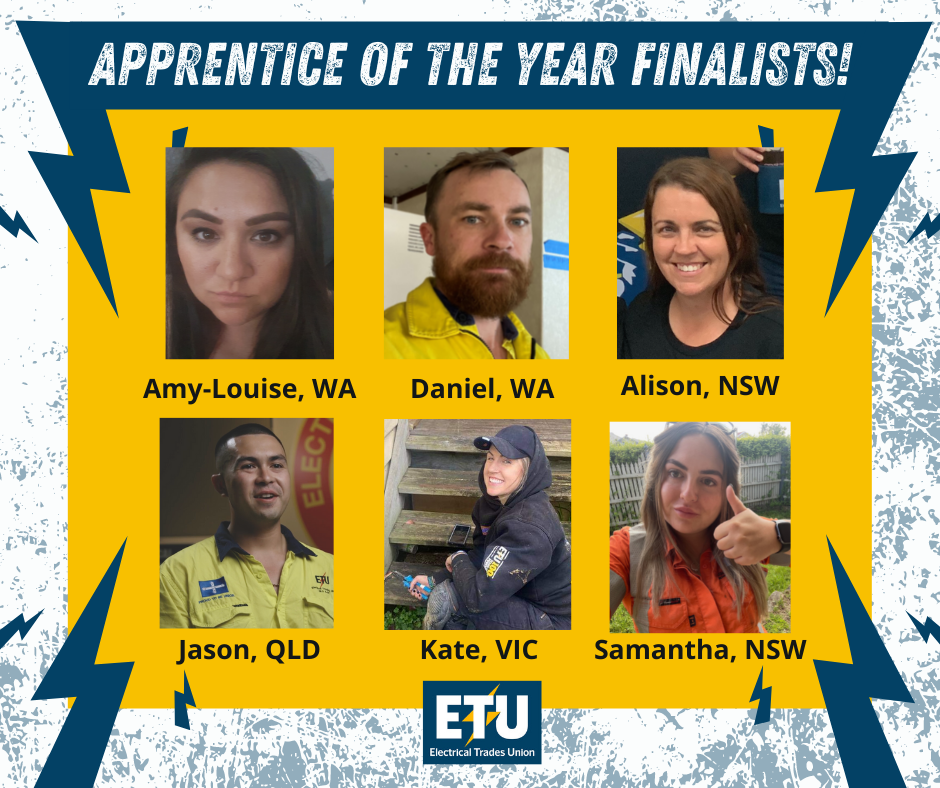